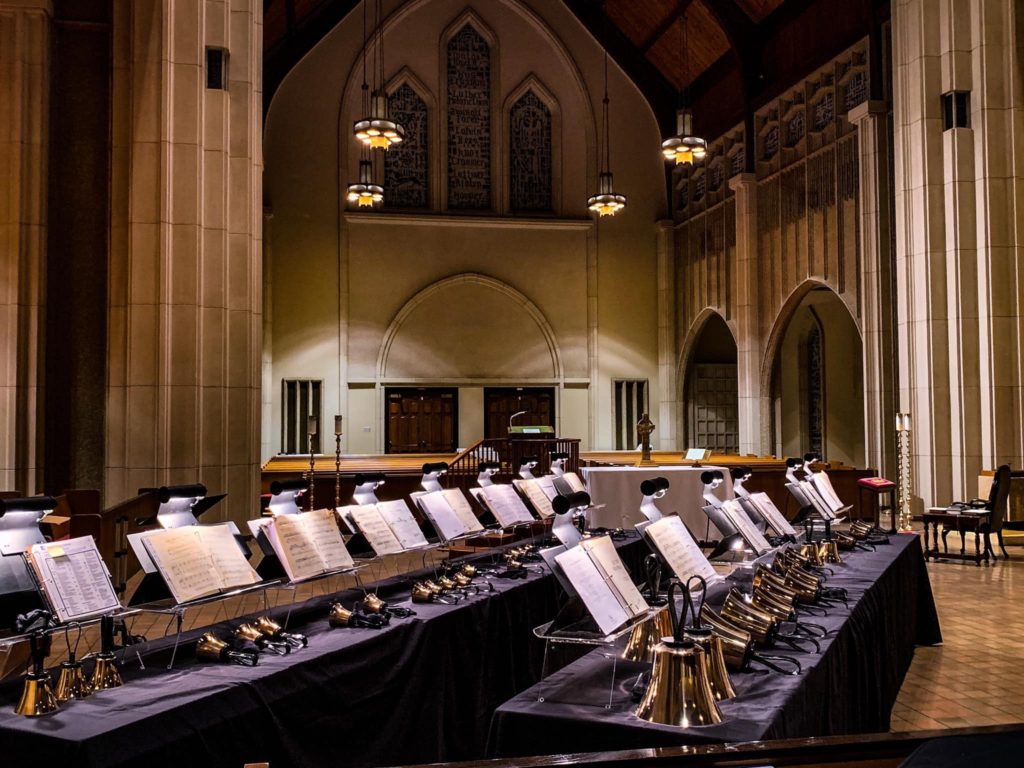 Called the St. Swithun Handbell Guild, the handbell ensemble is named after Swithunus who was an Anglo-Saxon bishop of Winchester and patron saint of Winchester Cathedral. The British weather lore proverb of St. Swithun is that if it rains on St. Swithun’s day (July 15), it will rain for 40 days.

Rehearsals are held each Thursday evening during the academic year from 6:30–8:00 pm in the Handbell Rehearsal Room (upper level of the Sanctuary Building).